The Future of Fast Internet Connectivity is Here! 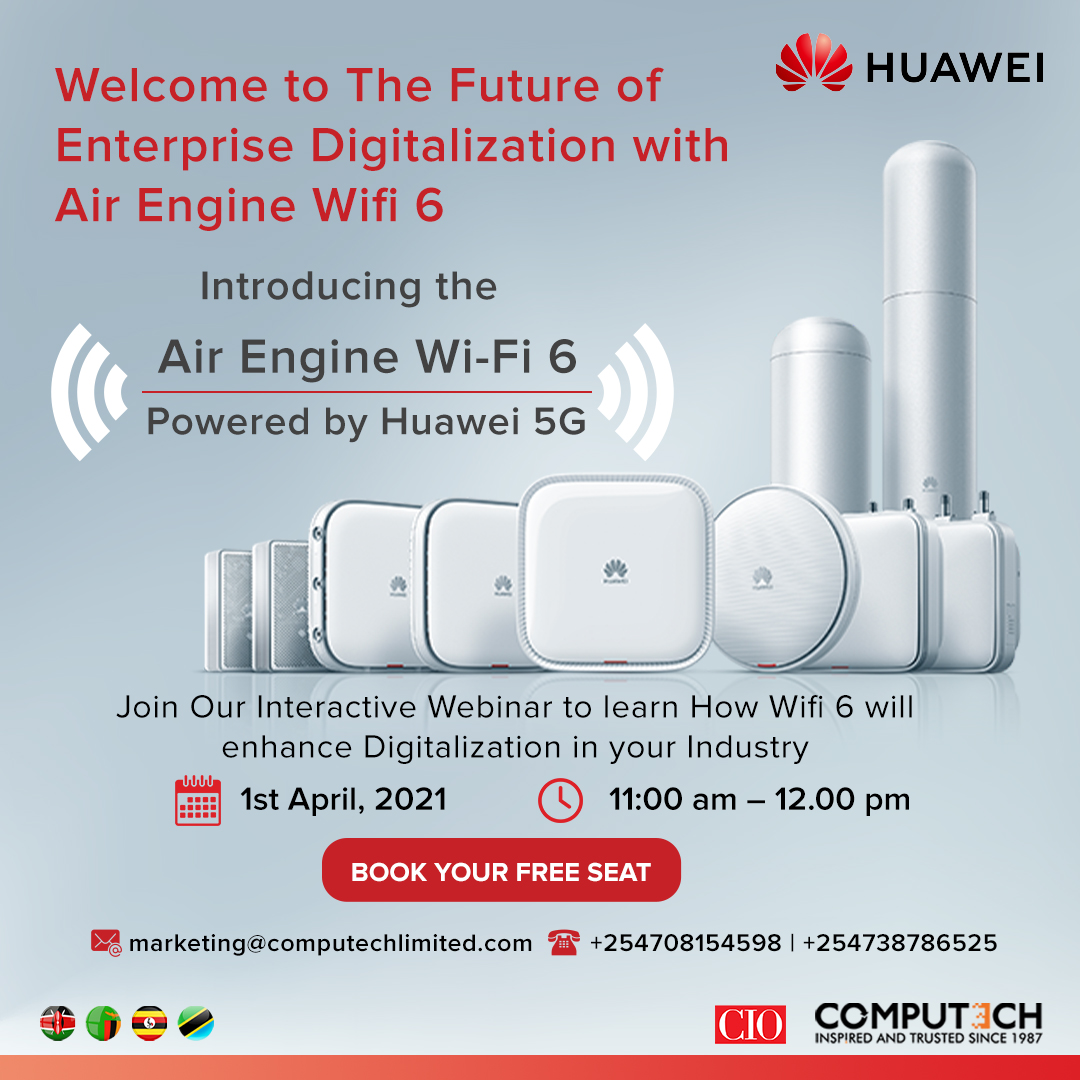 You may sit down and wonder why you should get Huawei Wifi 6 yet you have an existing system in place. Well Air Engine Wifi 6 packs a lot of power in its functionality; an attribute on how it got its name.

Huawei is a leader in the Wi-Fi 6 market. With its Air Engine Wi-Fi 6, Huawei took the lead in deploying the industry’s first enterprise-class Wi-Fi 6 network in Shanghai as early as 2018.

Since then, Huawei Air Engine Wi-Fi 6 has been put into large-scale commercial use across countries and regions such as Spain, Italy, Switzerland, Belgium, South Africa, China, and India.

This includes industries such as Airports, Wireless Cities, Academic Institutions, Test Classrooms, Research Labs, Fortune 500 offices, Retail, Tech Firms, Manufacturing, BFSI and many more to attest as a solution leader in the world of Internet connectivity.

Want to learn how Wifi 6 will Accelerate the Digital Transformation in your Enterprise?

Book your free Virtual Seat for this interactive webinar with our notable speakers from Huawei and Computech Limited to step into the future of internet connectivity with Wifi 6.